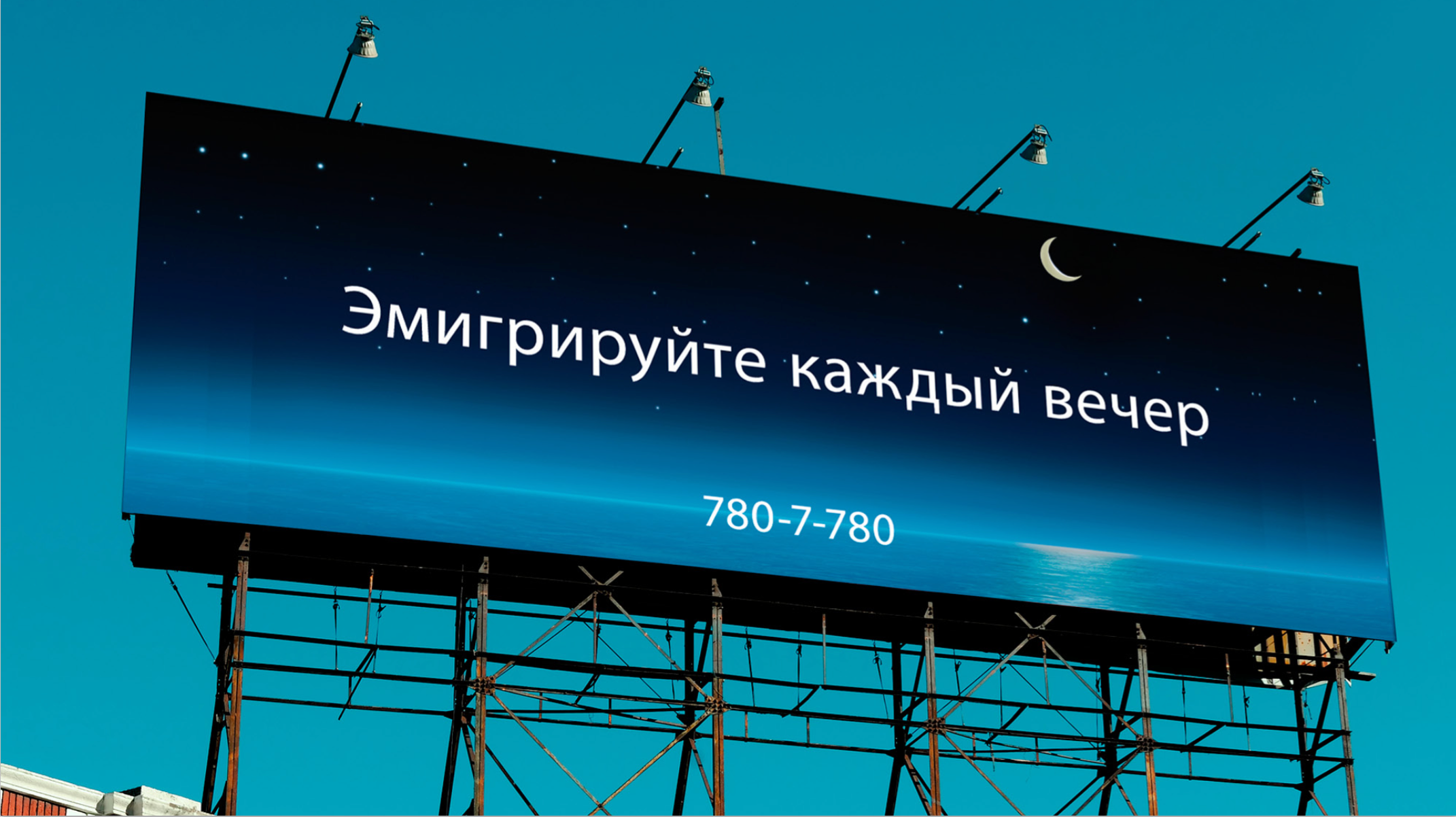 Just before the 2008 financial crisis, the sales of the luxury out-of-town housing estate Belgium Village stalled. Analyzing the residents, we clarified the target audience — owners of the mid-sized business. In another country — they might have been called self-made men and considered the backbone of the nation. In Russia they live under constant pressure in endless traffic jams, face an uncertain future, dream for escape at least from Moscow, where a nice view, fresh air, peace, and safety are luxuries unavailable at any price. But an emigration for them is not an option — too many responsibilities.

So we offered a compromise: ‘every night emigration’ to the Belgium Village, just 12 kilometers to the south of Moscow. As a result, the number of incoming calls increased 10 times. Houses were sold for the total amount of 20 million dollars.

Created in co-authorship by request of OOO «IQ»

TOKAREV+ is a boutique, multi-disciplinary creative agency lead by Konstantin Tokarev. We focus on branding, communications, product development and miracles.